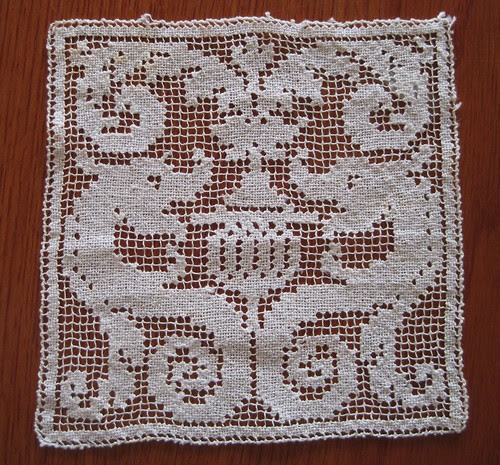 I have recently returned from a trip to Iceland and Scandinavia.  Ostensibly to attend a family reunion in Tonstad, Norway (the birthplace of my father), I had an enviable two weeks to spend in the world's knitting hotbeds.  As I was traveling with my husband and 3 growing boys through countries in which every sandwich (however humble) costs $10.00,  a large slice of our trip for the budget went to food.  With every meal, I saw my yarn budget diminish...and so I rapidly became resourceful about finding cheap eats across Norway.  In Bergen (home of the $9.00 cup of coffee), I discovered a church mission serving up a most delicious and nutritious portion of homemade soup and waffles with strawberry jam for a pittance.  To further my delight, across the street was the mission store (locals donating family heirlooms ...most of which are traditional manufactures...for sale by the church mission to the public.)  in which I discovered this little delight.  While not knitting, I felt I wanted to add it to my blog for the purpose of sharing it with fiberholics as I have found no comparable designs on the web. 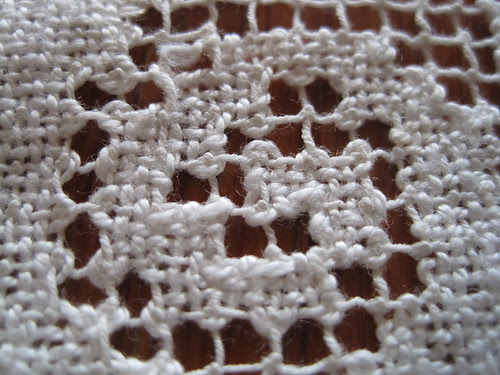 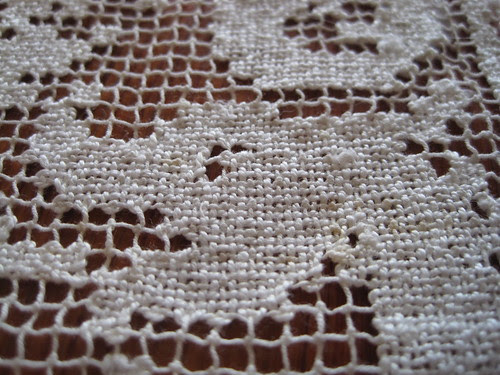 This 7" square was made using a technique called Lacis...also variably called Filet Brode, Filet Lace,  Darned Net, or "nun's work" ( because it was often made in convents).  What is curious about this example is the typically Scandinavian motif of the dragon heads, commonly seen adorning Viking ships to scare off mythical sea creatures.  Lacis has been referenced as early as 1295, and there are multiple examples in the 14th century from Great Britain.  In a book published in London in 1908 entitled, "Lacis (Filet Brode)", by Carita, it was said that even at that time it was difficult to find anyone in London who could give lessons in this ancient technique. 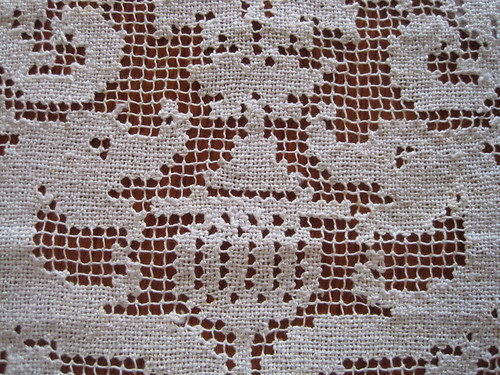 Incidentally, as a money-saving trip for knitters traveling in Scandinavia...church stores and second-hand sweater stores often sell bags of half-finished knitting projects (owners deceased?).  You'll be able to purchase yarn at a fraction of the cost of buying it new, and if you're lucky, you'll have a head-start on a project!
Posted by Unknown at 5:30 AM